Shelter's Architecture  on the Santiago Road.  Calahorra's Refuge. One of the great contributions of the Santiago road to the history has always been that the road was  a river which transported culture, wealth, art and knowledge around the towns. 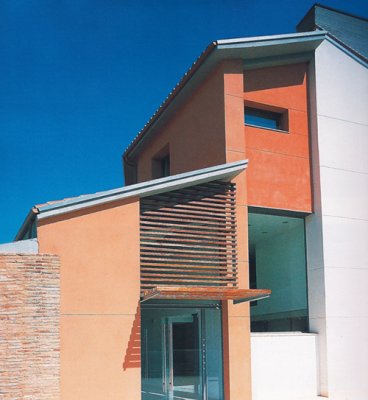 In this serie we describe some refuges of the Santiago road, we can apreciate  today, that Santiago road is synonymous of wealth and prosperity. In the present case, we talk about the rehabilitation of buildings to accommodate its use as a hostel for pilgrims

Rehabilitation of the convent of San Francisco for the adaptation of its use as a hostel for pilgrims, Calahorra, La Rioja.

This project was funded by the government of La Rioja and the city of Calahorra. This convent was built in the sixteenth century, although suffered multiple modifications in later times.

Its south facade, the most important, has a typical style of a Renaissance palace: a body under masonry in which is situated the entrance, which is highlighted by a bow, a main floor with large balconies, and the first floor which is topped with a gallery of arches.

It is in this front, the south fornt is  where  accounts for rehabilitation work. Because the rest of the building was in a state of ruin.

The south facade was cleaned and some parts were replaced for new, and repaired the cracks and fissures in the facade. It was recovered  all balconies and  and plaster brackets that appear under them. Similarly we proceed to repair the masonry socket downstairs, reparing and cleaning.

Maintaining the initials and covers volumenen, but the intervetion use a modern language.

The building has five floors, where the top three are reserved for pilgrims hostel and are less available for other uses.

On the ground floor entrance, the reception is located, cafe and general services, and the two upper floors are for rooms. 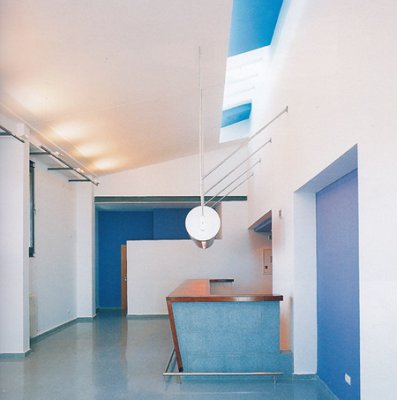